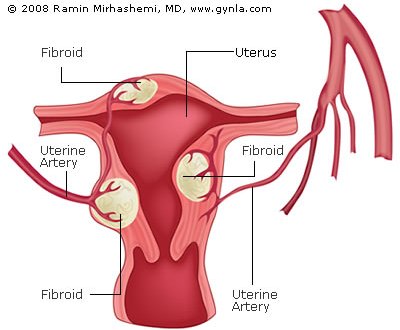 We at GAT Tea encourage all Humans to have some type of maintenance plan or cleansing program for your digestive system. Our intestinal track is made of 25 ft. of tissue and muscles, which is maintained by the heart. We would like to share with you how the human body works to maintain itself and what your duties are to help it withstand the recent overload of environmental stress.

The children are our future, can they stand a chance with diabetes and high blood pressure at a young age. The stress from foods and being in stressful conditions are harming our kids at an alarming rate. We are fighting to educate the kids and adults on how to cleanse the natural way.

Stress is a silent killer among us, if we don't know the systems how can we fight it? Why is that? Because of poor nutrition and improper blood circulation of the stomach these ailments take place. Just imagine going back to natural remedies that were passed down from our ancestors. Think about how growing up we used these natural remedies to heal the body. To continue the fight of going back to natural remedies, going back green we ask for your support. Help us continue the fight for natural solutions. Click on the link below and order a bag, if you want to donate and don't want the tea please put it in the notes. Please contact us for more details. Your support is greatly appreciated. Best Regards, Will Gatlin, Manager 708.362.5135 gattea@gattea.com http://www.gattea.tv

Fibroids are so common that women with them are part of my practice every day.  Fibroids are benign tumors of the uterus that usually do not appear, or at least do not present problems for women until after the age of 30.  Rarely are they a cause of infertility.  If you have been told you have fibroids, and you are not experiencing problems, such as heavy cycles, then chances are, there is no need to remove them.  Any menstrual flow that lasts more than seven days is not normal.  Passing clots, especially for more than the first two days of a cycle is abnormal.  Heavy bleeding can lead to anemia which may indicate a need to remove the fibroids.  Usually, fibroids do not cause pain, but sometimes fibroids can cause a uterus to push on nerves or the bladder or rectum, causing discomfort, constipation, urinary incontinence or frequency, or dyspareunia (painful sex).

Fibroids usually appear at the top of the uterus, known as the fundus, but they can occur anywhere on or near the uterus.  Fibroids are described as being pedunculated, if they are attached to the uterus by a stalk.  They can be subserosal if they are just below the outer surface of the uterus.   Intramural fibroids, or fibroids in the muscular wall of the uterus, are the most common, and often do not cause problems, although they can get quite large.  Occasionally a fibroid will penetrate or even grow into the cavity of the uterus.  These are called submucosal and are the most likely to effect your bleeding, regardless of the size. Intracavitary fibroids are similar to pedunculated fibroids, but they are located on the inside of the uterus rather than the outside.  These almost always cause bleeding abnormalities.

There are several different procedures to manage uterine fibroids, but the definitive treatment is hysterectomy.  A hysterectomy is removal of the uterus via an abdominal incision, with the laparoscope, or through the vagina.  It is important to know that your ovaries do not necessarily have to be removed with a hysterectomy.  Ovaries provide you with your natural hormones, so if you can keep them, that is usually best.

Other less invasive procedures are possible depending on the location, size, and number of fibroids.  With all other procedures other than hysterectomy, the woman may still have menstrual bleeding and the possibility that fibroids will return.  Endometrial ablation involves destruction of the endometrium.  The endometrium is the lining of the uterus that is shed each month.  Ablation is an attractive option when the fibroids are small, as it does not require an incision or weeks off from work.  There are four types of ablation.  First is called the roller ball.  In this procedure, a hysteroscope is used along with a small electrode that is used to burn the lining of the uterus.  Compared to other procedures, it is time consuming, and I dare say that new physicians today probably are not trained in this method.